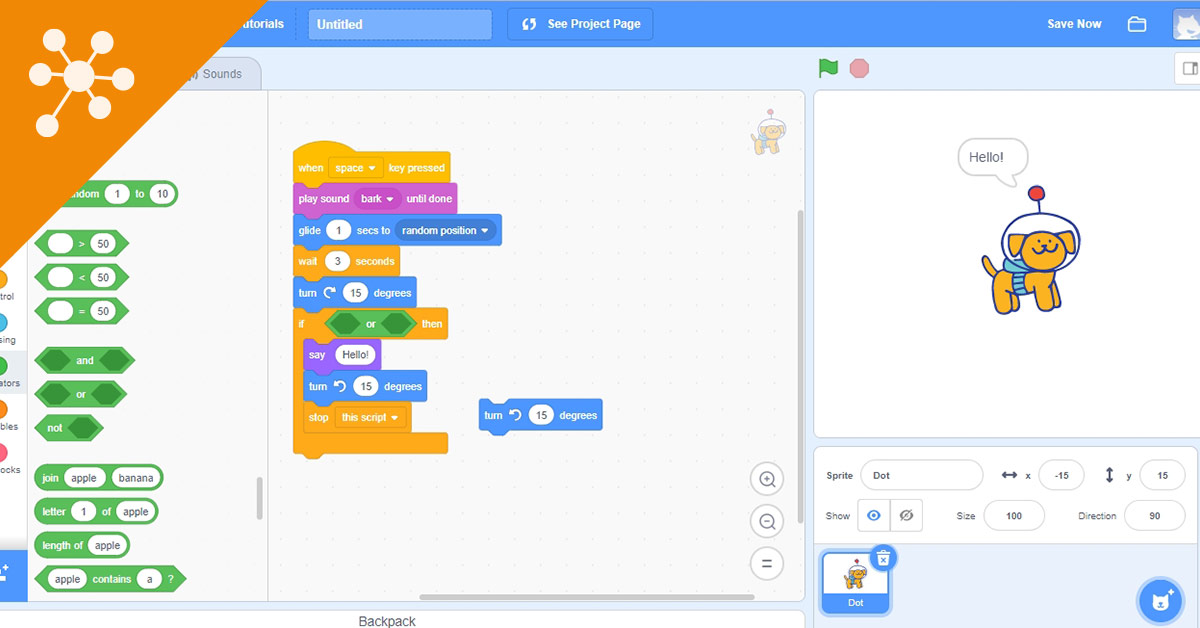 Developed with children in mind, Scratch and similar block-based programming applications represent the perfect entry point for learning to code.

The principle behind block-based graphical programming is to create a user-friendly and intuitive way of assembling commands and setting variables. Designing an interactive online game, for example, is as simple as dragging and dropping components with clear descriptions such as 'if x is clicked, move y steps'. The result might be an animated story or a complicated series of tasks performed by a robot.

What's so great about Scratch?

‣ Intuitive and easy to use, it provides immediate gratification and rewarding results.

‣ It encourages both creativity and technical thinking.

‣ It can be applied to anything from animations and games to controlling Arduino and RPi-based inventions.

‣ Built around interactivity and shareability, the platform creates a strong sense of community.

‣ The ability to 'remix' the work of other users creates vast potential for collaborative learning.

‣ Even though it's designed for children, it's also perfect for adults to learn the basics of programming if they’ve felt alienated by text-line coding.

The platform's success has spawned countless similar applications. A closely related system, based on Scratch 3.0, is mBlock. This language is used to program the behaviour of sophisticated educational kits such as the mBot Ranger Robot, mBot Blue and Codey/Rocky.

The MeetEdison kit can be programmed using EdBlocks and EdWare, which are also graphical-based block-coding languages. Another variant of Scratch is S4A, a modification that allows you to create simple programs for Arduino hardware.

Click here for our full range of educational kits.