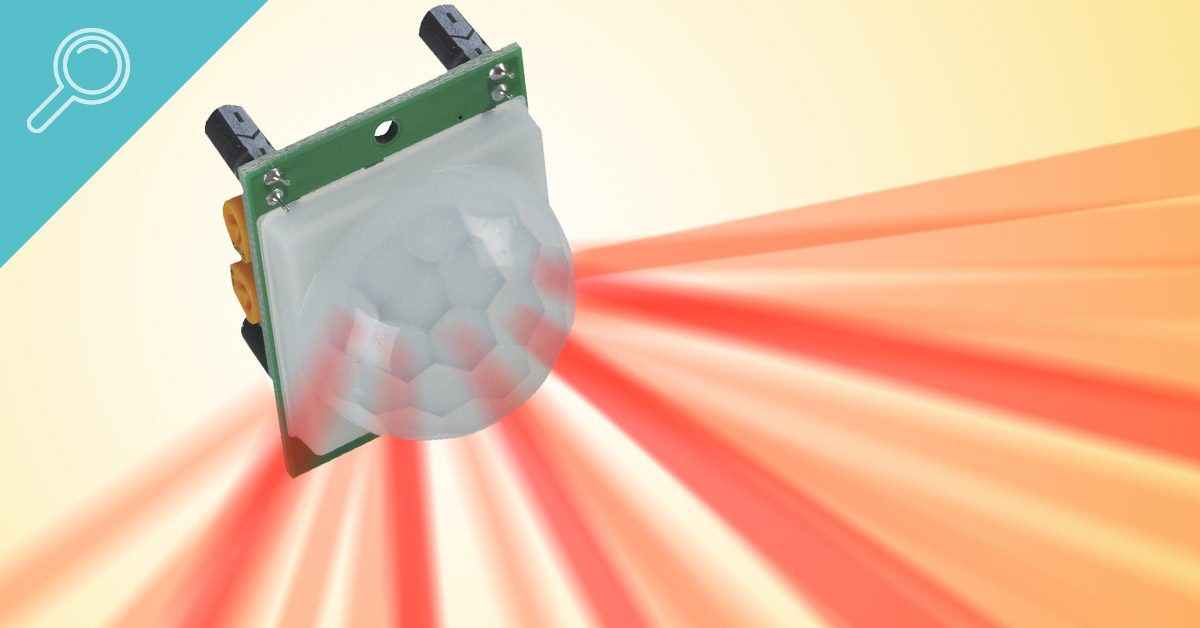 Ever wondered why a PIR (passive infra-red) sensor is so good at detecting movement?

From sensors for alarm systems, to motion-activated cameras, night lights and spotlights, PIR sensors are everywhere. You can even get a PIR sensor module for Arduino projects. The 'passive' part of the name means that the sensor does not emit any rays of its own, so the only infra-red (IR) it receives is radiating or reflected from objects in its sensing field.

In most sensor assemblies, the receiver element itself is divided into two sections. As an object moves in front of one part of the field, it creates a change in the amount of infra-red radiation entering that part of the sensor. A 'warm' object creates an increase in infrared, while a 'cold' object creates a shadow in the infra-red light already entering the sensor from its surroundings, for instance as a vehicle enters a driveway.

The difference between the amount of infra-red light entering one section of the element and the 'default' level of warmth sensed by the other is calculated by an onboard processor. This difference in incoming IR is what ultimately triggers the sensor.

The characteristic multifaceted lens we're so familiar with is actually a complex focusing system designed to direct IR radiation from a relatively large area onto the sensing element. The lens focuses IR light in an alternating pattern onto the two parts of the sensor, so that in practice, the sensing field is broken up into narrow 'slices' of just a few degrees.

An object, animal or person only needs to move between one 'slice' and the next to trigger the sensor. This means a standalone alarm system mounted on the ceiling can basically cover every corner of a room.

Dual-element and quad-element units increase sensitivity further, by doubling or quadrupling the available sensor resolution onto which the lens can focus IR fluctuations.