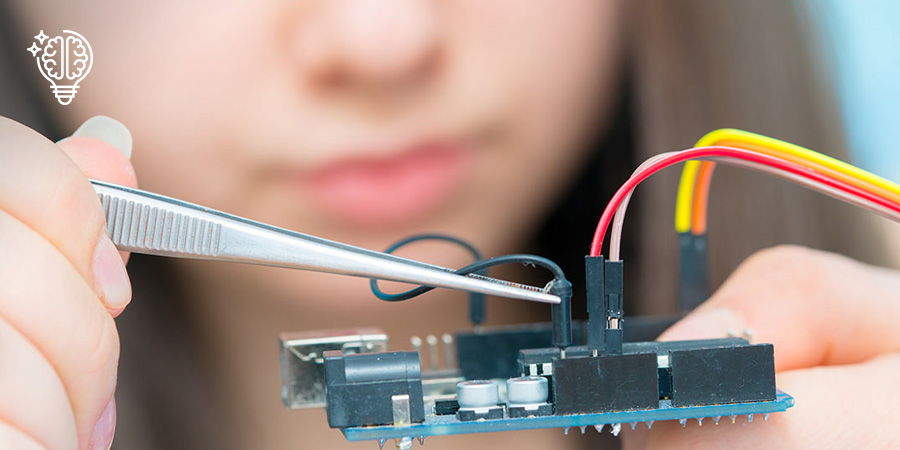 When you start creating your own electronics projects, you'll be faced with a bunch of new jargon. But understanding how electricity works in a circuit and what the different components do will make your journey far more satisfying than simply plugging bits together.

How does electricity flow

The flow of electricity is similar to the flow of water. If you think of water moving through a pipe, the pipe can be wider or narrower at different points, allowing water to flow fast or slower. The pipe can have reservoirs along the way to store water. And valves can be used to stop and start the flow as needed. Imagine that system is a closed loop, where the water cycles continuously. In principle, this is how an electrical circuit works. Instead of water, energy flows from a source, such as a battery, through a conductor like copper wire. That wire is the 'pipe'. And the movement results in energy that can be used to do something like turn on a light bulb or power a refrigerator.

When we open a switch, we create a break in the circuit. That means the energy stops flowing and whatever is being powered is turned off. When you turn a torch on, you are closing the circuit so energy can flow from the batteries to the light bulb. The amount of current is measured in amperes, or amps. 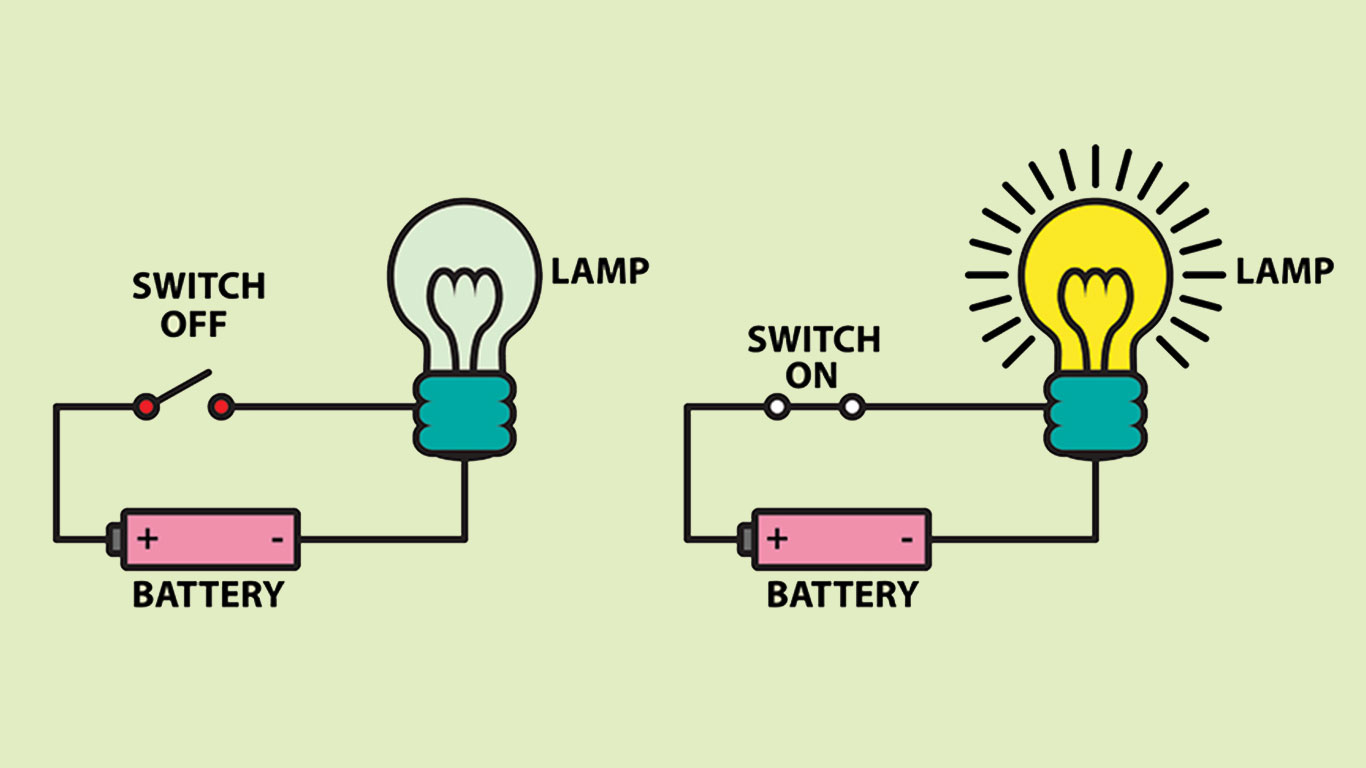 This diagram represents a basic torch. When the switch is open, the circuit is incomplete and power from the battery can't reach the light bulb. When the switch is closed, the circuit is complete, and the lamp is lit. There are common symbols for different types of components used in electrical circuits. If you're going to be working with electronics, it's a good idea to familiarise yourself with them.

As electricity flows, like water through a pipe, there are times you may want to control the flow. Resistors reduce the amount of energy flowing through part of a circuit. Resistance is measured in ohms. Think of resistors as a way of narrowing the pipe. Other times, the flow of energy might not be as smooth as we need. To make up for those fluctuations, we can use capacitors. Think of them as being small water storage spots in the pipe that store and release water to keep the flow smooth.

A capacitor stores electrical energy and releases it as needed. The amount of energy stored in a capacitor is measured in farads. Small capacitors store just fractions of a farad, so you might see the 'F' symbol used to represent farads, with either a 'p' or a 'µ' in front for picofarads (pF) or microfarads (µF).

Volts and Watts – Pressure and Power

As you work with circuits and start building your own projects, you'll also need to consider other things in addition to amps, ohms and farads. You'll bump into volts and watts as well. If we think about the flow of water in a pipe, amps represent the amount of water in the pipe. But with water pipes, we also worry about pressure. Voltage is akin to that pressure.

In a torch, the more power you provide, the brighter the light bulb glows. That amount of electrical power is measured in watts, usually represented by the 'W' symbol. When we use a dimmer switch with a lamp at home, we increase or decrease the amount of power going to the light.

From AC/DC to one direction

So far, we've been thinking about electricity flowing in one direction. In electrical terms, what we've been talking about is Direct Current (DC). But imagine if the water was flowing back and forth in the pipes like a wave coming to shore and then receding, over and over. This is called Alternating Current (AC).

It's important to understand that the power delivered to your home through the electricity grid comes to you as AC. That's because of the way it's generated using turbines and magnetic fields. But to start with most of the projects you'll work with use DC with the energy flowing from a battery in one direction.

The need may arise to convert AC voltage into DC voltage. The most commonly used device for doing this is a diode. When an AC electric current reaches the diode, the energy that comes out the other side only flows in one direction. If you plan to make something that connects to the mains power, you'll need a device that transforms the AC power from the outlet on your wall into DC – like a DC power supply.

Want to learn more about electronics? Head into your local Jaycar store and ask one of our experts about the best projects to get started.