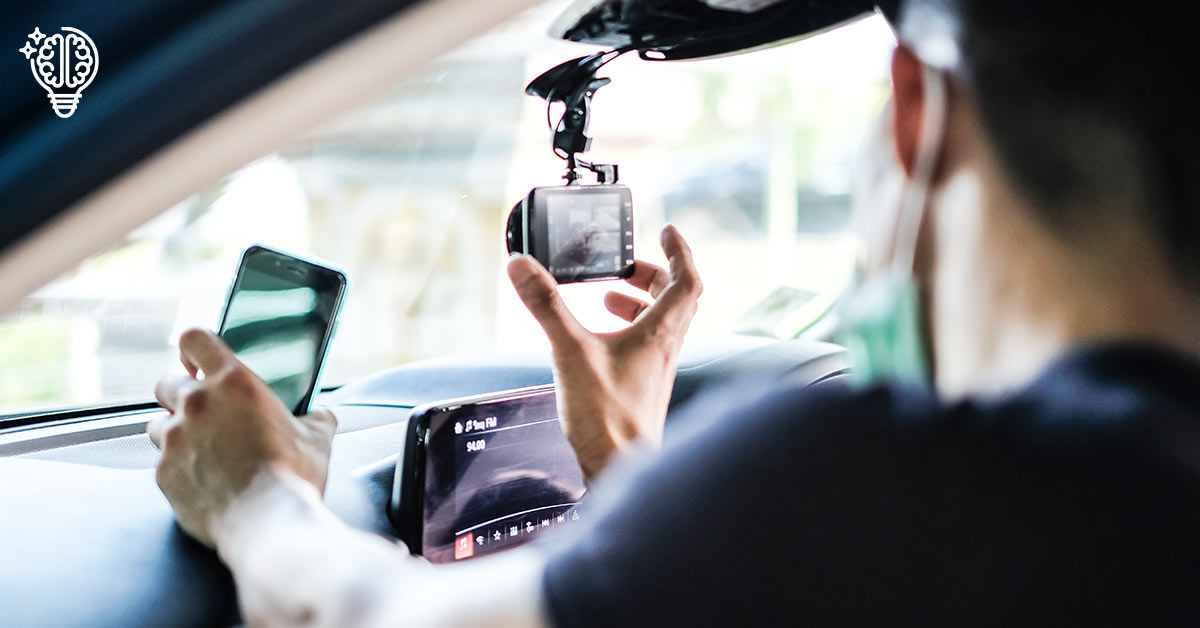 How to install a dashcam

Dashcams can record car accidents, warn you when a collision is imminent and use motion sensors to detect when someone engages in ‘touch parking’ at a car park. Or you can record an adventure when you go off-road.

Setting up your camera

Step 1
Unpack the camera, its mount and charging cables. Using the USB cable, charge your camera via the USB port on a computer or a smartphone charger.

Step 2
The dashcam mount uses a suction cup to attach to your car’s windscreen. Clean the windscreen thoroughly, then secure the mount on your windscreen in a position that won’t obscure your view of the road. A good spot is just behind, or adjacent to, your rear-view mirror.

Step 3
Once the camera is charged, open the SD card slot on the side of the camera and insert your memory card.

Step 4
Attach the camera to the mount. The mount and camera connect magnetically so you can easily attach and remove the camera as needed. Position the camera so it captures the best possible view of what’s ahead. Use the LCD screen on the back to ensure the camera is in the optimal position.

Step 5
Keep the camera charged using the charging cable that plugs into your car’s cigarette lighter. As the camera works with both 12V and 24V systems, it can be used in trucks as well as cars.

Using the dashcam
To turn the camera on, press the ‘Power/Mode’ button at the bottom left of the screen on the back of the camera. Holding the same button for two seconds turns the camera off.

When the camera is on, it will continuously record in blocks of either one, three or five minutes. However, the camera also has a G-force sensor so, in the event of a collision, it won’t overwrite the most recent recordings. That way, you’ll have a record of what has happened if there’s any dispute about who is at fault.

As well as recording images and sound, the camera has a GPS receiver so it can geo-tag the footage it captures. You can use the Windows or Mac software to view the footage and look at where it was recorded on a map. Once the software is installed, you can connect the camera to your computer using the supplied USB cable.

There are also Android and iOS apps. These connect to the dashcam over Wi-Fi so you can view footage. After you’ve installed the app to your smartphone, enable Wi-Fi on the camera and connect your phone to the camera’s Wi-Fi network. The default password for connection is 1234567890. You can then look at recordings directly from your phone without needing to connect the camera to a computer.

If you’re in an emergency, you can initiate recording on the camera by pressing the ‘Emergency Recording' button to the left of the power button, under the screen at the back of the camera. Like the automatic collision detection function, when you use this, no footage will be overwritten.

A dashcam is an inexpensive way to have a record of any incidents and to capture valuable information during an emergency. Or you can use it to capture the fun on an adventure.